The Indian-owned Adani Group’s bid to seek funds from a Chinese state-owned-enterprise for its controversial project in Australia – to build the world’s largest coal mine – could spark further problems, according to a US think tank. There are fears that coal from the mine could be headed to China’s ambitious Belt and Road Initiative (BRI), which has been vigorously opposed by India.

A subsidiary of the Adani Group is seeking finance for the contentious  Carmichael coal mine and rail project from the Chinese Machinery Engineering Corporation (CMEC), according to a research brief released earlier this month by the  Institute for Energy Economics and Financial Analysis (IEEFA), a pro-renewable energy US think tank. According to an ABC report, the Adani Group is close to securing funding from China.

Financing by CMEC might bring the Carmichael coal project into China’s ambitious infrastructure project, according to the IEFFA brief. The chance that the Adani project might become part of the Belt and Road project would clash with the Indian government’s opposition to the scheme.

This is not the first time Adani has done business with Chinese firms. Earlier this year, the group signed a deal with East Hope Group, one of China’s largest companies, which plans to invest over $300 million in solar power generation at the Mundra Special Economic Zone in their home state of Gujarat. Adani had earlier placed engineering, procurement and construction orders with Chinese companies for its Mundra power facility.

The Carmichael coal mine has been beset with financial difficulties as Adani has struggled to find A$16 billion to fund the project. Major Australian banks have refused to back the mine, while a decision by the Northern Australian Infrastructure Facility (NAIF) to loan A$1 billion to build a rail line to a coal terminal on the coast is pending. Protests have been staged all around Australia amid anger that the national government would provide huge support to a project likely to cause huge damage to the environment.

IEEFA researchers have cited a January 2017 press release by CMEC stating that its “president Zhang Chun met with Adani Mining CFO Praveen Khandelwal and Downer EDI”. The latter is involved in the construction and operation of the Carmichael project and a ‘strategic partner’ of CMEC. The press release does not mention the Carmichael project but states that CMEC hopes to cooperate with Adani and Downer EDI in financing, construction and operation of relevant coal mines and railway projects.

One of the authors of the IEEFA report Tim Buckley told Asia Times in an interview: “Negotiations between CMEC and Adani on the Carmichael project are ongoing for engineering, procurement and construction contracts for CMEC. If the negotiations come through, CMEC might acquire a minority equity stake in the project – which it is known to have done in previous projects – and bring in Chinese financing through the Export Import Bank of China or China Construction Bank. Progress in talks may be subject to NAIF’s billion dollar loan coming through.”

Headquartered in Beijing, CMEC is among a range of state enterprises which has a significant role in taking the Belt and Road scheme forward. According to Chinese government figures, 47 state enterprises have participated in 1,676 BRI projects involving infrastructure and energy since 2013.

A 2015 report by CMEC said the enterprise has extensive cooperation with countries and regions along the BRI route and targets engineering contracting plans and services. It said it also planned to reform its corporate structure to be in line with various strategies such as the BRI. CMEC is also one of China’s largest overseas engineering contractors.

Interestingly, CMEC’s BRI projects include Pakistan’s Block-II of the Thar coal mine and power station project, which is part of the China Pakistan Economic Corridor (CPEC). The Indian government has also opposed the CPEC, which passes through Pakistan Occupied Kashmir.

IEEFA said that CMEC’s involvement in the Carmichael project may hint at Pakistan as a potential alternative destination for the coal. However, this could open the door to geopolitical factors – and it would not be a cheap source of electricity for Pakistan. China is also unlikely to buy the coal, as it is making a major transition to renewable energy and pitching itself as a leader in eliminating CO2 emissions and fighting climate change.

Where will the Carmichael coal end up?

A key question that many have asked is where will the Carmichael coal go. According to evidence given in a Queensland court, a report on behalf of Adani said that two coal products would be created: low ash/moderate energy coal suitable for premium Asian markets and high ash/low energy product suitable for non-premium markets, notably India.

Adani has frequently maintained that the project will address “power poverty for hundreds of millions of Indians”. According to the Adani Australia website, the Carmichael coal mine will be linked to its bulk loading facility at Abbot Point, from where it will be shipped to Adani’s power stations in India.

The coal was initially meant for Adani’s Mundra power facility. But with Mundra in acute financial distress, Adani wants to sell a 51% stake in the plant to Gujarat State Electricity Board – for 1 rupee. Meanwhile, charges of environmental damage and corruption surround the plant.

Buckley feels that as India’s biggest coal plants reliant on imported coal have become financially unviable, the possibility of Carmichael coal ending up in India is small. “The largest importer of thermal coal for power generation in India is Adani Mundra followed by Tata Mundra. These have both become unviable. India’s coal minister Piyush Goyal has also stated that India needs to move away from reliance on expensive imported thermal coal. International prices of coal will certainly matter, even if Adani plans to sell Carmichael coal to his own power plants,” he said.

The involvement of Chinese state-owned enterprises (SoE) in coal-fired power plants across the world has also sparked concerns about whether some of these entities violate environmental regulations and boost carbon emissions. In terms of climate and geopolitics, the Carmichael coal mine looks to be increasingly poised on thin ice.

Dr Aravind Yelery, a senior fellow at the Institute of Chinese Studies in New Delhi, said there was nothing surprising about an Indian company seeking outside funding, but Chinese funding of an Indian company in a third country was unusual. “This has happened earlier in a consortium model in Latin America where Indian and Chinese companies had come together. But the funding of a single Indian entity by a Chinese SoE in a third company is quite rare.”

Yelery said the sudden involvement of China raised questions about who would profit and how. “When Adani signed the deal, there was no mention of China, but now they are involved. China will benefit by selling equipment, giving high-interest loans and creating jobs for its people. China could quite possibly brand the Adani coal mine as a BRI project, since they are branding many overseas investments under the initiative. While Adani would not be expected to make the same claim, the group would get some of the funding they require.”

It could be a case of mutual benefits for Adani and China, but the promise of jobs in Australia and energy security of millions of Indians would be on fragile ground.

Detailed questions were mailed to the Adani Group and CMEC, over two weeks ago, but they did not respond. This story will be updated if and when they do. 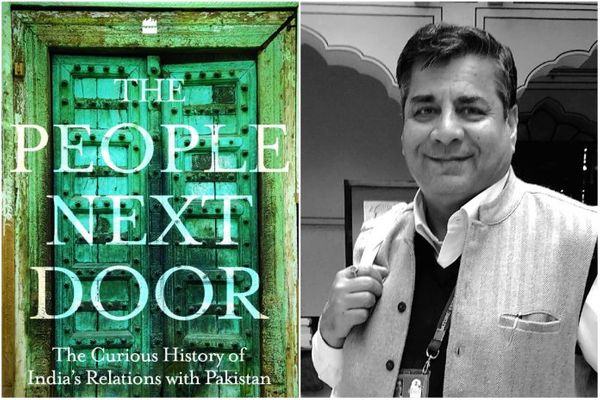 Author T.C.A. Raghavan attempts to show the flesh and blood of the relationship rather than just mapping the skeleton. 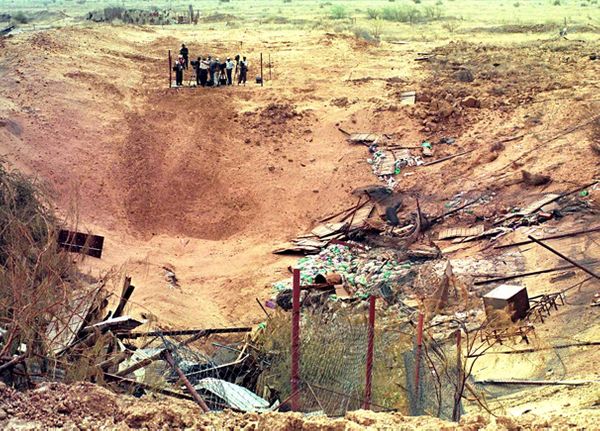 India champions itself as a leader of nuclear disarmament, but fails to walk the talk.