In 1998, the government led by Atal Bihari Vajpayee conducted a second round of nuclear tests in Rajasthan and declared to the world that ''India is now a nuclear weapons state.'' Photo: REUTERS

In October 2017, the International Campaign to Abolish Nuclear Weapons (ICAN), a coalition of non-governmental organisations across 100 countries, was awarded the Nobel Peace Prize. The award recognised ICAN’s role in bringing about the Treaty on the Prohibition of Nuclear Weapons—the world’s first multilateral legally-binding instrument on nuclear disarmament in 20 years. All nine nuclear-weapon states, including India, refrained from participating in the treaty negotiations. While India, China and Pakistan abstained from voting on the United Nations General Assembly resolution that established the mandate for nations to negotiate the treaty, five nuclear countries—United States, United Kingdom, Russia, France, and Israel—voted against the resolution.

The Indian government issued a statement explaining its abstention from the resolution on the day after the vote, in October last year. After claiming that “India attaches the highest priority to nuclear disarmament,” the statement noted that India was “not convinced” that the proposed negotiations could address the “longstanding expectation of the international community for a comprehensive instrument on nuclear disarmament.” The ICAN website notes that although India “regularly declares its support for the prohibition and elimination of nuclear weapons, its true commitment to nuclear disarmament remains in serious doubt.”

India periodically supports calls for nuclear disarmament, but these assertions are contradicted by its continued possession of nuclear weapons and efforts to upgrade nuclear capabilities. For instance, during the Cold War, the then prime minister Jawaharlal Nehru made frequent appeals for disarmament to the United States and the Soviet Union. But later, in 1974, the Congress government led by Indira Gandhi conducted India’s first “peaceful nuclear explosion.” Again, in 1988, the then prime minister Rajiv Gandhi addressed the UN General Assembly in a seminal speech calling for an end to all nuclear testing.  A decade later, the government led by Atal Bihari Vajpayee conducted a second round of tests and declared to the world that “India is now a nuclear weapons state.” That year, consistent with India’s contradictory statements on disarmament and weaponising, George Fernandes, the then defence minister, stated that the tests enabled India to “pursue, with credibility and greater conviction, our long-term campaign to rid the world of nuclear weapons.”

Since then, India has made several statements in support of disarmament—for instance, at the 2010 Nuclear Security Summit, the former prime minister Manmohan Singh stated that “India has maintained an impeccable non-proliferation record, of which we are proud.” Simultaneously, India also continued to develop nuclear weapons. According to ICAN’s website, India possesses 110–120 of the nearly 15,000 nuclear warheads among the nine nuclear-weapon states in the world.

As a result, civil-society organisations and individuals are sceptical of India’s commitment to disarmament. Tim Wright, the Asia-Pacific director of ICAN, addressed India’s refusal to sign the treaty prohibiting nuclear weapons, in an email. “ICAN has repeatedly urged the Indian government to sign the treaty. However, it has refused to do so, based on its misguided belief that nuclear weapons bring security,” Wright wrote. “India's support for nuclear disarmament is, it seems, merely rhetorical.”

Closer home, Indian civil-society groups, such as the Coalition for Nuclear Disarmament and Peace (CNDP)—a network of more than 200 Indian organisations against nuclear weapons—expressed similar concerns. Sukla Sen, a member of CNDP, said the organisation had made attempts to lobby the Indian government to sign the treaty, but with no success. “Some international peace activists were initially hopeful of India’s participation in the nuclear weapons ban treaty negotiations,” Sen told me. “For example, the nuclear-policy expert Alice Slater was hopeful that if India and Pakistan were properly lobbied, they would participate.” He added, “CNDP was not similarly optimistic and we communicated our apprehensions.”

There appeared to be divided opinions on whether there had been a change in the nature of response under the present government led by Narendra Modi and the Bharatiya Janata Party. Wright told me, “We have discerned no difference in India's policy on nuclear disarmament under prime ministers Narendra Modi and Manmohan Singh.” He added, “Neither leader has shown serious commitment to this cause.” Sen, on the other hand, told me that it had been more difficult to lobby with the BJP government. He said, “There is no channel of communication with the current regime. We made informal contact with government officials at seminars, but that was it.”

According to Sen, the Congress was more open to communicating—he recalled that individuals such as Mani Shankar Aiyar had spoken up for the cause on several occasions. In 1988, Rajiv Gandhi proposed an action plan to the UN, for a world free of nuclear weapons. Decades later, in 2010, the former prime minister Manmohan Singh constituted an informal group, headed by Aiyar, to take the plan forward. “The group, among other things, recommended that India should pursue the matter bilaterally with various states,” Sen told me. “But this was not done, either multilaterally or bilaterally.”

Arun Mitra, the senior vice president of the Indian Doctors for Peace and Development (IDPD), which also works closely with ICAN, told me that the difference is more starkly visible in the ground-level opposition to India’s nuclear tests by its citizens. “Nearly two lakh people had gathered for a peace march in Delhi in the mid 1980s opposing the nuclear arms race around the globe,” Mitra said. “Currently, we just cannot get similar numbers.” According to Mitra, this was a result of a complacency that had set in after the collapse of the Soviet Union in 1990. He said, “People felt that since a unipolar world had emerged, the arms race of the Cold War era was over. But the future would throw up fresh complexities and new power centres. It was wrong to think that the arms race had ended.” Mitra appeared critical of the present BJP-led government’s discourse on disarmament. He said that the question of disarmament does not receive adequate attention, whereas “non-issues” appeared to dominate the political discourse under the BJP government. But he did not give much credit to the Congress government either. “Even the previous government went ahead with the India-US civilian nuclear deal in the face of opposition,” he added.

Mitra told me that the IDPD, CNDP and a host of other organisations plan to hold an international conference in Delhi, in 2018, which would seek to revive civil society action to pressurise the government towards disarmament. “We will invite trade unions, labour organisations and women’s groups. There is a need to rejuvenate the peace movement,” Mitra said.

This is not the first time that the Indian government has stayed away from global disarmament efforts—successive Indian governments have refused to be part international treaties in the past as well. India has refused to be a signatory to the Nuclear Non Proliferation Treaty (NPT) on the grounds that it is discriminates against states that tested nuclear weapons after 1967. In 1996, India refused to sign to the Comprehensive Nuclear Test Ban Treaty (CTBT), which proposes to ban all future nuclear tests, also on the grounds that it was discriminatory towards countries that had not conducted nuclear tests at the time. With regard to India’s quest for membership of the Nuclear Suppliers Group (NSG)—a group of nuclear supplier countries that seek to prevent nuclear proliferation by controlling the export of materials used for developing nuclear weapons—in an opinion piece published in DNA India, the late political analyst and journalist Praful Bidwai had noted that despite initially opposing the NSG as unjust and arbitrary, India now seeks to be a member. Though China has ensured that India’s bid to gain membership to the group has been unsuccessful, it did not prevent India from gaining a unique waiver from the NSG in 2008, which permitted other countries to provide nuclear fuel, materials and technology to India.

However, India has also consistently made the right noises on nuclear disarmament by periodically supporting it at the UN Conference on Disarmament, which was established in 1979 as the single multilateral negotiating forum of the international community for disarmament. In recent times, the Indian government has condemned North Korea’s nuclear tests, and in June 2016, India became is a member of the Missile Technology Control Regime (MTCR), which seeks to limit the proliferation of missile weaponry and technology by limiting their exports.

India is, however, simultaneously expanding its nuclear arsenal.  According to a 2017 factsheet on trends in world nuclear forces, released by the Stockholm International Peace Research Institute—an independent international institute that carries out research on issues surrounding conflict and arms control—“India is gradually expanding the size of its nuclear weapon stockpile as well as its infrastructure for producing nuclear warheads.” The factsheet noted that its stockpile had increased from 2016, when it had 110–120 warheads, to 120–130 in 2017.

Even as a broad section of civil society has expressed disappointment about India’s refusal to sign the treaty, national security analyst Bharat Karnad, a research professor at the think tank Centre for Policy Research, feels otherwise.  Over email, Karnad, who was a member of India’s first National Security Advisory Board, wrote that India’s decision not to support the non-proliferation treaty may have “conditioned the Modi government’s response.” “The Nobel Peace Prize to ICAN falls in the same category as that given to US President Barack Obama—a reward for good intentions,” he wrote. “ICAN might succeed in disarmament efforts, perhaps in a fantasy world.”

According to Karnad,there is no contradiction between India’s possession of nuclear weapons and its repeated calls for disarmament.  “From Nehru’s days, India has championed not just nuclear disarmament, but nuclear and general disarmament, including of conventional military.” He noted that in 1956, Krishna Menon, Nehru’s foreign policy advisor, “had warned in the UN that unless the then nuclear weapons powers disarmed fully, India would feel compelled to acquire these weapons.” He continued, “They didn’t pay heed, and India belatedly produced these weapons.” 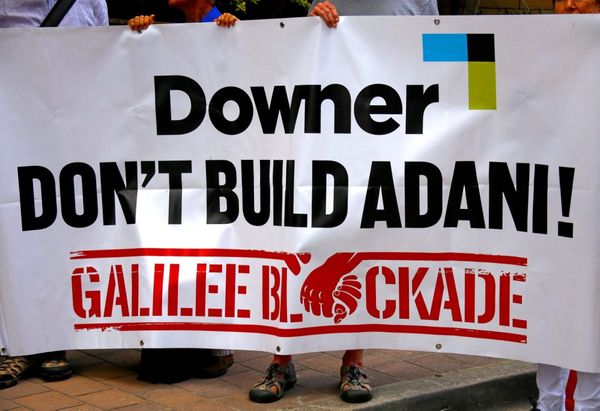 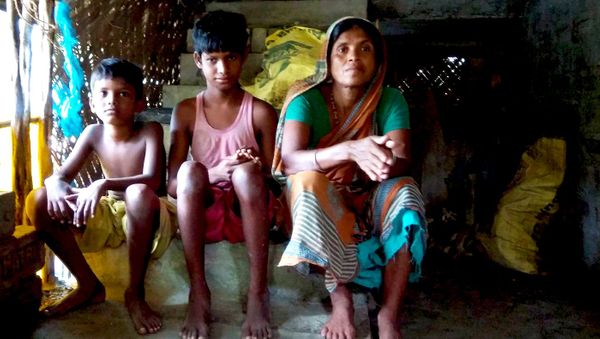 Every year, estimates indicate, around 100 men are killed by tigers in the Sundarbans. A bureaucratic maze then disallows their widows from getting compensation, forcing them to live in distress and penury