If Azeem Ibrahim’s book were to be summarised in one line, it would indeed be this— ‘The Rohingyas: Inside Myanmar’s Hidden Genocide’ examines attitudes towards the Rohingyas in different periods of Myanmar’s history and shows the hatred meted out to them.

The writer prods the motivations of various actors – whether the military, Aung San SuuKyi’s National League for Democracy (NLD), the Buddhist extremists and the international community to show their collective complicity in the persecution and ethnic cleansing of a people.

By constantly marking the Rohingya as outsiders who did not historically belong to Myanmar, the military rulers of Myanmar and their supporters strengthened the frameworks of exclusion to such a point that it became possible to deny them any form of citizenship and render them stateless.

Ibrahim uses census and other historical records to trace the presence of Rohingyas in the Arakan region to the period well before the British invasion of 1826. After the British left, it became important to define who is Burmese; as being a Burmese came to mean being a Buddhist and the military had a strong hand in conflating the basis of citizenship with being Buddhist.

The book is as much an analysis of the politics that dominates modern Myanmar, as it is about the tracing of systematic discrimination against the Rohingyas. Some of the most interesting parts of the book pertain to the NLD, which was the main opposition to the military rule, but also dependent on support from Buddhist monks, including extremists intolerant of the Rohingyas.

The motivations that drive Myanmar’s military leadership to maintain their grip over the country are brought out in detail. Their suspicion towards the international community is balanced by a need to trade and get weapons. Ibrahim reminds us that the international community which could have used much more leverage over Myanmar’s rulers has failed to do so. Following the 2012 massacres of the Rohingyas, the United States and Europe actually praised the ‘even-handed’ approach of the regime in containing the violence.

The symbiotic relationship between Buddhism and the state are emphasised in Ibrahim’s analysis. The rigid elements of Theravada Buddhism, the Ma Ba Tha and 969 Movement, and the emergence of ‘Buddhism’s Bin Laden’ show the complete lack of tolerance for non-Buddhists and the hatred for Muslims in particular.

In this analysis, it becomes important for Ibrahim to trace the reasons for the greater persecution of the Rohingyas as an ethnic minority compared to the other ethnic minorities of Myanmar. After Burma gained independence, life for Rohingyas was as difficult as life for other non-Burman ethnic groups. But the deterioration of the economy in the 1970s created the need to find internal enemies who would serve as a distraction. The Rohingya were ideal because they were unarmed, easily identifiable, spoke a non-Burmese language and were Muslims in a country with an overwhelming Buddhist population.

Over various electoral cycles and periods of framing the Constitution, the rights of Rohingyas were systematically clipped and Buddhist identity became the base for citizenship. The 2014 census excluded them and forced them to identify as ‘foreigners’.

Interestingly, the term used by the ruling dispensation for Rohingyas is ‘Bengalis’, that is, people who do not belong to Myanmar, but Bangladesh and should therefore go there.

As life becomes increasingly difficult for Rohingyas in Myanmar, with restrictions on marriage, having children, travel and being forced to live in temporary camps, Rohingyas who flee the country do not fare much better. Many end up being trafficked and become slaves and offer cheap labour in Thailand’s fishing industry, while the women are forced into prostitution.

Ibrahim’s book is ultimately a warning— what is happening to the Rohingyas qualifies as genocide. Though written before the 2017 massacre and mass displacement of Rohingyas, it delves into previous periods of violence and the reasons thereof, provide the much needed context for understanding the scale of one of the worst humanitarian disasters that has been unfolding for a long time, which the world has noticed only now. 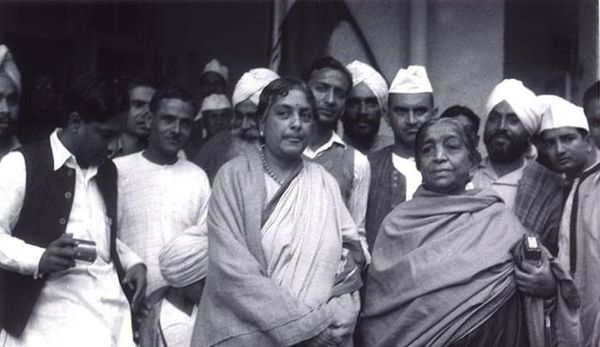 A Passionate Life, a collection of writings by and on Kamaladevi Chattopadhyay, is testimony to her considerable work in various fields, from the cooperative movement, settling of Partition refugees to films and theatre.

With more journalists becoming freelancers, it’s time to attend to the issues of pay, ID, and safety