A reading of ‘A Passionate Life’, a collection of writings by and on Kamaladevi Chattopadhyay, leaves the reader both mystified and in wonder. The wonder is because of the sheer scale of Kamaladevi’s contributions to the national struggle and subsequent nation building, whereas the mystery is why such an important figure in modern Indian history should have been neglected and forgotten.

‘A Passionate Life’ is testimony to the importance of Kamaladevi’s considerable work in various fields, ranging from the cooperative movement, settling of Partition refugees and handicrafts, to film and theatre. The editors, Ellen Carol DuBois and Vinay Lal, and the publishing house, Zubaan Books, must be commended for producing such a comprehensive volume that attempts to do justice to the full spectrum of Kamaladevi’s work — through her own writings, as well as essays that provide the necessary context.

Kamaladevi’s writings take the reader to her life and times, which were difficult but heady. She had immersed herself in the freedom struggle — organising meetings and protests, participating in the salt satyagraha and other historic occasions.

The influence of Gandhi over a generation of freedom fighters, including her, is evident. Though it would have been easy to be under Gandhi’s spell, Kamaladevi did not hesitate to question him. For example, when she felt that Gandhi had failed to include women’s participation in the salt satyagraha, she travelled to Surat to meet him and insisted that he give a call for women’s participation.

Above all, Kamaladevi was independent-minded and refused to bend to authority or rules that she felt were rooted in injustice or discrimination. Her correspondence indicates that, during her travels abroad, she refused to report to police in Hong Kong, despite orders to do so each day, and completely ignored regulations. Calling herself “a tough guy”, Kamaladevi refused to submit to their insults. In her essay ‘Chasing me over the Globe’, Julie Laut notes how Kamaladevi had the British bureaucracy on edge because of her outspoken socialist anticolonial activism, which she displayed even while abroad.

While Kamaladevi would be easily considered a feminist, she refused to call herself one. DuBois, in her introductory essay, examines Kamaladevi’s disavowal of feminism at length, and her explanations provide a glimpse into the dialectic of Indian women activists with feminism.

As early as 1947, Kamaladevi was arguing for the right of the housewife to be recognised as a distinct economic entity, and equal pay for women. Noting the surprise of the British at Indian women getting the right to vote very early on, she wrote that the Indian women’s movement had a relatively smoother sailing compared to those in the West. She worried about the loss of momentum of the women’s movement in India after Independence, and felt that bourgeoisie women had failed to represent the interests of working-class women.

Kamaladevi’s corpus of work was immense. As one reads about all she did, one can only marvel at her.

The editors have done a stellar service by recovering Kamaldevi and collecting her writings from varied sources over the decades. These writings show her impressive grasp over the whole gamut of subjects. Fascinating as they are, the essays by Devaki Jain, Nico Slate and others are equally interesting for the various interpretations offered of her work and beliefs. Yet, for the wealth of writing that the book makes available on the public persona of Kamaladevi, one is left wondering about her personal life, of which we only get a few glimpses here and there.

Recently, I found myself at the India International Centre in Delhi, another institution she had nurtured. For the first time, I noticed her portrait and was reminded of the remarkable and passionate life she had led and of her words: “Still, when I look back, I feel it was worth it, a span of life dotted with Herculean efforts, memorable events beset with pitfalls, all the same a rewarding experience of infinite value.” 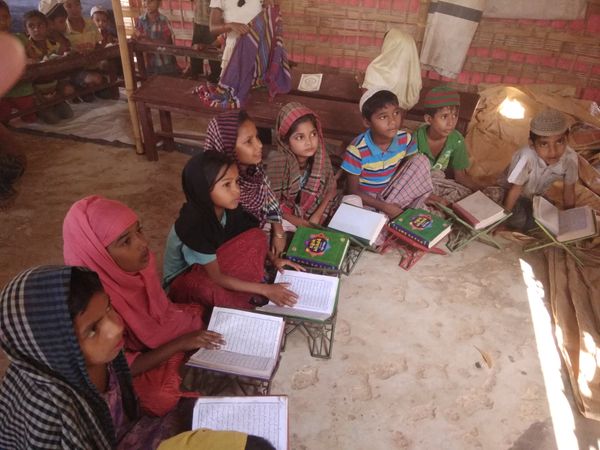 Despair and frustration bogs down Rohingya refugees as they face a future with no access to formal education or jobs. 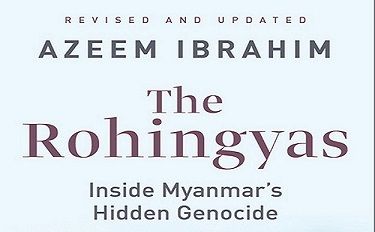 The persecution of Rohingyas is no impulsive incidence but a systemic project executed with surgical precision.