As leaders of Brasil, Russia, India, China and South Africa meet for the 8th Brics Summit in Goa on Saturday and Sunday, one of the key agendas is to take forward the New Development Bank. President KV Kamath, will attend the summit and bank’s management will look to hobnob with senior officials and business leaders at the two-day event.

Comprising the five Brics member-countries, the New Development Bank, first proposed in the 2012 summit and signed into agreement last year, at the seventh summit, has been hailed as an alternative to US-dominated institutions such as the World Bank and International Monetary Fund.

The bank formally opened in July in Shanghai, China – but within months, questions about its functioning have been raised.

While the World Bank has been criticised for imposing loan conditionalities, such as liberalisation, deregulation and privatisation, on borrowing countries, some of the Asian Development Bank's projects have had an adverse impact on vulnerable populations such as those in Cambodia and Indonesia.

To its credit, the bank, by assigning equal voting rights to its five founding members, has tried to be different from the World Bank and IMF, where voting rights are skewed in favour of developed countries. But this is a piecemeal measure, and the bank has not shown any inclination to bring about larger changes in the functioning and landscape of international financial institutions.

One of the aims of the New Development Bank is to fund infrastructure projects in developing countries, and support public as well as private projects.

However, the impact of the major projects it is expected to fund, such as ports, dams, industrial corridors and smart cities, is a cause of concern as such projects tend to displace populations, undermine local livelihoods, and cause damage to the environment. Though the bank has published its social and environmental framework, there is little evidence that aspects of equity and justice have been considered in the context of mass-scale development.

Similar concerns have also been voiced about the China-led Asian Infrastructure Investment Bank, of which India is the second-largest shareholder and which opened for business in January.

The New Development Bank and the Asian Infrastructure Investment Bank together represent the changing landscape of international financial institutions, most of which were established after the end of the World War II, during the '90s.

However, the inauguration of the two was not preceded by substantive debates in Parliament about India’s role or monetary commitments to institutions, which stands at $10 billion for the New Development Bank and $8 billion for the Asian Infrastructure Investment Bank.

A briefing paper of the Centre for Financial Accountability, which monitors financial institutions and their investments in development projects, noted that the Parliament had remained silent and uninvolved, and called discussions on it a problem from the public accountability and transparency viewpoint.

The huge gaps in finances for infrastructure projects, especially in emerging economies, mean that the two entities are likely to have many takers for their funds, and need not vie with one another.

According to a G20 estimate, $1 trillion to $1.5 trillion will be required annually for over the next 15 years to fund infrastructure in the developing world. Nevertheless, there is broad agreement that the China-led bank with 57 members, including major Asian economies and European countries, has overshadowed the New Development Bank.

Talk on this competition is further fuelled by the rivalry between India and China, two of Asia’s largest economies. However, there are more pressing concerns for the New Development Bank – which it has not addressed so far.

For instance, despite being a development bank, its policy documents remain curiously silent on poverty and inequality – two major challenges facing India and other growing countries.

The People’s Forum on Brics – which represents social movements, trade unions, civil society and the like from the member countries that analyse the functioning and policies of Brics – has already called the bank out for mainly serving private interests. The forum met ahead of the summit in Goa on October 13 and 14.

A growing perception among policy analysts is that Brics countries are unsure of which direction to take the bank. The bank website states that it will not just fund infrastructure, but also promote sustainable development. But how it defines development is not clear. While the bank emphasises on economic growth, it says nothing about jobless growth, rural poverty, or those marginalised from the benefits of economic growth.

Kamath’s claims about the New Development Bank symbolising political sovereignty and the “rise of the South” – of developing countries in the Southern Hemisphere – already appear hollow, and it appears far-fetched that the bank can produce a paradigm shift. 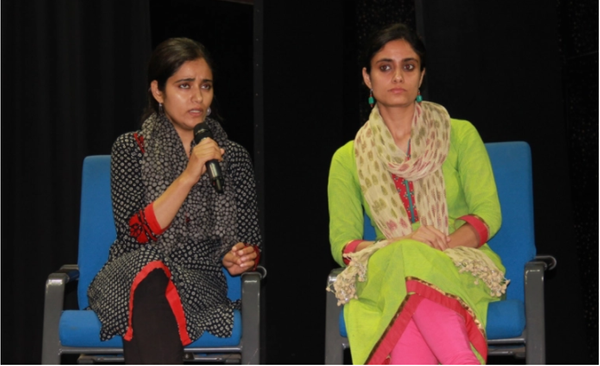 The grouping can bring India investments, help find areas of cooperation with China, and influence the UN Security Council, IMF and World Bank.