Don’t mention the word cancer,” cautions Liaqat Sheikh as he leads the way to a small tent in Joula camp where his wife Bina is bedridden. It is pitch dark inside. There is electricity only at night. Bina lies tucked under blankets, and struggles to sit up, her face gaunt. Though her family has kept the tent clean, the surrounding squalor and dirt of the camp defeat the purpose.

“The doctors suspect cancer. This can only be confirmed after tests are done in Delhi,” says Liaqat, who belongs to Hasanpur village. Liaqat fled with his family, including six children, during the Muzaffarnagar riots of September 2013 and found refuge at a camp in Joula in Muzaffarnagar.

Bina requires proper medical care, but Liaqat is unable to proceed with treatment since he has lost his source of livelihood. The family sold their buffalo for her diagnosis which cost them Rs35,000-40,000. Doctors have asked them to shift Bina to a hospitals in Dehradun or Chandigarh, where the cost of treatment is beyond their reach. “My house was burnt down. I have incurred losses worth Rs4-5 lakh. The expenses for my wife’s treatment have so far come from my brothers, loans on interest and imdad (relief),” says Liaqat, his tone a mix of resignation and anger. Compensation is remote since the Uttar Pradesh government has not yet recognised Hasanpur village as riot-affected, though it is part of the Lisadhi gram panchayat, which was recognized as riot-hit.

Liaqat’s plight is not a stray affair. There is misery all around in the camp. According to Ghulam Mohammed Joula of the Bharatiya Kisan Mazdoor Manch, 90,000 to 1 lakh people were rendered without livelihoods following the riots. “They have lost their homes and jobs and are surviving on aid. People were initially engaged as labourers, drivers and carpenters, but now they have no source of income.” Poverty has induced existing illnesses to fester and encouraged fresh ones to take root.

Close to Bina’s tent, lives Afsana who suffers from tuberculosis and visits Mehrauli every fortnight to receive treatment. Neither she nor her husband have any source of income. There is also Mohammed Qasim, worried about his nine-year-old son Umar. While rolling up the boy’s sleeves, Qasim draws attention to a bone jutting out, which must be set. “His hand was plastered but it didn’t help.”

Thirty five-year-old Sanjeeda, mother of four, has been suffering from a staggering range of illnesses, including tuberculosis, jaundice and typhoid. She has lost all but her voice and even then struggles to speak. Her husband earns Rs300 a day, which is spent for her treatment.

Nasima, who lost her son in the wake of the riots has been experiencing fits, but her husband Raisuddin cannot afford her treatment. Mohammed Salim’s wife Husno suffers from nerve blockage after an operation. Akhleem’s daughter Najma has developed a septic condition after giving birth.

Government doctors occasionally visit Joula on request. According to Askari Naqvi, a lawyer with  the Joint Citizen’s Initiative, though the state government has been involved in some relief work, when it comes to health care, its track record has been dismal. “There is little in terms of health infrastructure. The health sub-centre at Loi has a bunch of incompetent staff. The camps aren’t prepared to deal with pregnant and lactating women and newborns. It is mostly the NGOs who got doctors to the camp.” Askari has also written to UP Chief Secretary Jawed Usmani with the details of 140 ailing people, but, hasn’t received any response. Askari recalls instances when ambulance drivers had to be begged to carry the sick, and government doctors who visited camps in vehicles, chose to stay inside the vehicles and asked people to come to them instead.

Muzaffarnagar District Magistrate Kaushal Raj Sharma said the state government funded Bina’s — the woman suspected with cancer — initial tests. “We also paid for another woman’s operation. At Loi, we have opened a permanent health sub-centre where people from Joula visit.

The Samajwadi Party government is providing relief not only in camps, but also for those scattered in villages.” When asked about the dismantling of the camps, he claimed that no camp had been forcibly shut. “We merely want people to move out of the open to safer closed spaces.”

According to the UP government, many individuals lodged in camps were not riot-affected but came seeking free land and doles. But talk to the people of villages like Hasanpur, and they recall the horrors of September, which forced them to flee.

A pregnant Gulshana lost her twin babies in the riots. She is from Karonda Mahajan which lies between Lakh and Phugana villages — the last two were declared as riot-affected but Karonda Mahajan was not. Her father Mohammad Isaq says that though their property is intact, they are scared to return. “My daughter was hit and fell to the ground. We heard screams and gunshots.

How can we return?”

The state is yet to grant compensation to villagers from Karonda Mahajan, Hasanpur, Kuraba, Dulhaira, Kheri-Patti, Dhindhavli, Kinoni, Haroli, Bhajju, Bhaura-Kalan and several others who had suffered during the riots. Only nine villages from Muzaffarnagar and Shamli districts have been identified for compensation. In cases where the victim received compensation of Rs5 lakh, a substantial chunk has gone into buying land for building homes. The precious little that remained is being spent on survival. Additionally, they are required to forsake the right to return to their villages.

A visit to Kandhla, Malakpur and Joula camps reveals that some relief had reached through civil society’s efforts. The victims, at least, had a single layer (though flimsy) of warm clothing. They are grateful for the clothes and food but mention the need for housing. At Malakpur camp, brick structures have emerged, though most people still continue to live in tents. One also sees goats and bullocks. This was not the case in September when, after the riots broke out, these camps witnessed poverty and starvation. Imran Mohammed of Malakpur camp has opened a small provisions store where he sells sweets. A few have started selling vegetables. At Kandhla camp, Nafedi Babu says that he has sent two sons to Haryana to work in the garments business. But men finding work are exceptions. The displaced of Muzaffarnagar are grappling with issues that determine their survival — health, livelihood and homes, even as the SP looks the other way. 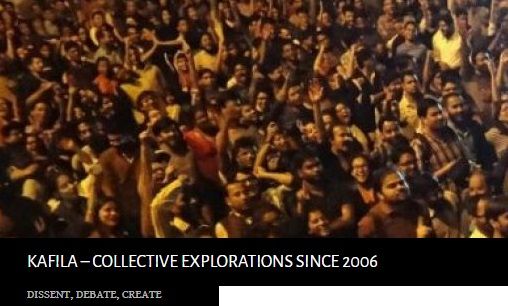 Needed: An alert feminist republic on the internet 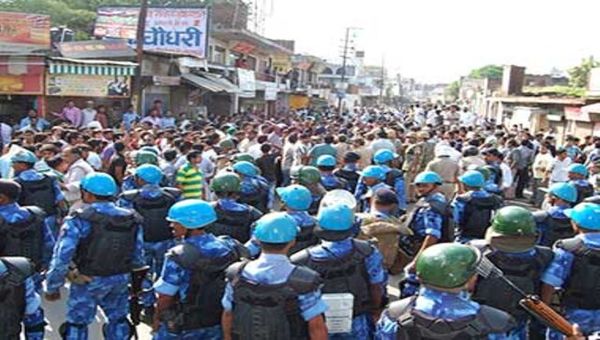 Fears of returning home haunt the victims of the Muzaffarnagar riots