Until June 20th 2014, if you visited the Wikipedia entry on Bhanwari Devi — a women’s rights Dalit activist who was raped for taking on child marriage in an upper caste community in her Rajasthan village— you would have been in for a nasty surprise.

The following lines from the biography section of the article would have stood out starkly:

“Bhanwari, the young, illiterate potter woman…strutting about the village giving gratuitous, unctuous advice to her social superiors made attempts to persuade the family against carrying out their wedding plans. Standing unveiled in the street outside the house of the brides-to-be she loudly berated the elderly patriarch… flaunted her government appointment…and threatening them that she would stop at nothing to ensure their public disgrace by stopping the planned marriage.”

The citation for this paragraph was provided as ‘Bhateri Rape Case: Backlash and Protest’ by Kanchan Mathur published in the Economic and Political Weekly (EPW).

Not a single sentence from that paragraph features in the EPW article; but a preceding paragraph in the Wikipedia entry, which describes Bhanwari Devi’s work as a sathin or grassroots worker with the Women’s Development Project of the Rajasthan Government, is correctly attributed to the EPW piece.

Another paragraph titled ‘The alleged gang rape’ stated that after the Deputy Superintendent of Police (DSP) who examined Bhanwari for signs of injury “found only two extremely minor bruises” and doubted her story — Bhanwari is alleged to have claimed that she was a minor, “and therefore any intercourse with her, even if she had been a willing participant…was a criminal offense..” It further notes that the DSP sent her to the Primary Health Centre  (PHC) for a test “confirming the age of the victim”. The citation for this is provided as a chapter titled ‘The Politics of Patriarchy and Sathin Bhanwari’s Rape’ by Taisha Abraham from the book Women and the Politics of Violence.

While the chapter in question notes that the DSP, with whom Bhanwari tried to lodge an FIR, doubted her story – there is no reference to Bhanwari’s claims of being a minor. Instead, it questions how a medical examination confirming the age of the victim – standard procedure for determining child marriage– could be relevant for a woman over 40 years old.

The entry also has parts highlighting Bhanwari’s trials and triumphs – such as her being forced to deposit her skirt at the police station as evidence; mentioning her national and international recognition and awards, as well as the Vishaka guidelines relating to sexual harassment at the work place, which were a direct outcome of her struggles

Thus, the Wikipedia piece revealed a distinct pattern – of factually accurate information from sources such as The Indian Express, Tehelka, People’s Union of Civil Liberties, The Hindu and Rediff, interspersed with large chunks of anonymous points of view, often wrongly attributed to these sources.

The ‘Summary of evidence’ section, which lacks citation,  is described as confirming the claim of Bhateri villagers that Bhanwari was a “village slut”, “a professional prostitute who felt cheated by life and exploited by men”, it being “easiest for her to claim that she was raped.”

The entry included the claim that Bhanwari refused compensation offered by her rapists because she was “enjoying unprecedented fame and publicity from the media and money from various organizations…” Some of the court observations are mentioned, which state that Bhanwari’s husband couldn’t have passively watched his wife being gang-raped and that since the accused included an uncle-nephew pair, it was implausible that a middle-aged man from an Indian village would participate in a gang rape in the presence of his own nephew. These court observations, sourced from Shivam Vij’s ‘A Mighty Heart’, published by Tehelka, are twisted out of context and distort the intent of the attributed article which is to highlight Bhanwari’s struggles and tenacity. This information is instead used to justify how her upper caste Gurjar rapists won the court case “because of the sheer strength of Truth.”

Interestingly, the article steered clear of the most crucial and infamous part of the verdict: “Since the offenders were upper-caste men and included a brahmin, the rape could not have taken place because Bhanwari was from a lower caste.” But the interpolating author’s leanings are evident in the sympathetic language used for the accused Gurjar men who are described as being poor; illiterate and knowing nothing about court procedures or media management. “Unlike Bhanwari, they received no help from any social organization, activist, agenda-pusher or busybody.” No citation is provided for this information.

It was claimed that a speedy verdict was given despite media scrutiny and pressure from women’s groups, and that several judges felt coerced, “and unable to deliver the obvious, adverse judgment.”

It appears that a standard piece with two citations originally, has been added to by several editors over the course of time. While some have made responsible additions, others have distorted the basic structure of the entry in misogynist and casteist ways.

The problems with the Wikipedia article as I read it before June 20th are several — wrongly citing information is only one of them. Even more troubling is that such insertions are deliberately aimed at discrediting Bhanwari Devi herself.

Further, the article in the form in which I read it violated  Wikipedia’s ‘biographies of living people’ policy according to which contentious material which is  unsourced or poorly sourced must be immediately removed, especially if potentially libellous. Further such articles must adhere to a neutral point of view, verifiability, and contain no original research – comprising the website’s core content policy. Wikipedia clarifies on its website that it is not a tabloid, but an encyclopaedia, and its job is not to be sensationalist or titillating.  The article violated all these norms; in being poorly sourced, defamatory, lacking neutrality or verifiability, containing new unattributed information; and being both sensationalist and titillating.

Editing Wikipedia – the perils of democracy on the internet

The fact that anyone can edit Wikipedia entries is its biggest plus and also a drawback. For instance, changes made by one editor can be repeatedly reversed by others.   How easy is it to edit Wikipedia?

Says Bishakha Datta, who is on the Wikimedia Foundation Board of Trustees:

“Wikipedia can be relatively hard to understand because it is a certain model of open knowledge. Most users are not knowledge producers, rather they are knowledge seekers. But they can be both and there can be barriers that people experience such as the technical barrier. There are editing options such as ‘edit source’ and ‘editbeta’ and the latter is easier. But how does one know beforehand? Another barrier relates to policy and rules, wherein you are unsure of the rules and policies that govern editing and writing for Wikipedia.  The time barrier is also a deterrent – properly editing a Wikipedia is time consuming and requires high motivation.”

Editing or writing a Wikipedia entry is akin to writing a research paper, complete with citations and references,  requiring a lot of work.

In cases such as the Bhanwari Devi page, one can flag concerns by visiting the ‘Talk’ tab on page. There are also ways of protecting articles, so that they cannot be edited by one and all.

Need for an alert feminist public

“Wikipedia is the world’s fifth largest website and managed entirely by unpaid volunteers. There are 80,000 active editors who try to improve Wikipedia’s content which is always a work in progress,” says Bishakha.

This is not an easy task given that most people have jobs, and work on Wikipedia on an unpaid volunteer basis.  Frequent Wikipedia workshops could be held for familiarisation with editing. More importantly, there is need for an ‘alert feminist public’, both online and offline, which can remain vigilant and combat misogynist tendencies in all kinds of spaces – whether cultural, lingual, political, economic, or academic.

Finally, we must not forget that Bhanwari Devi who was raped in the line of duty in 1992 — and to whose struggle and courage we owe theSexual Harassment of Women at Workplace (Prevention, Prohibition and Redressal) Act, 2013— has still not received justice 22 years after she was raped.  After a sessions court verdict found the accused not guilty in 1995, the Rajasthan state government filed an appeal against the verdict in the Rajasthan High Court where it continues to languish. 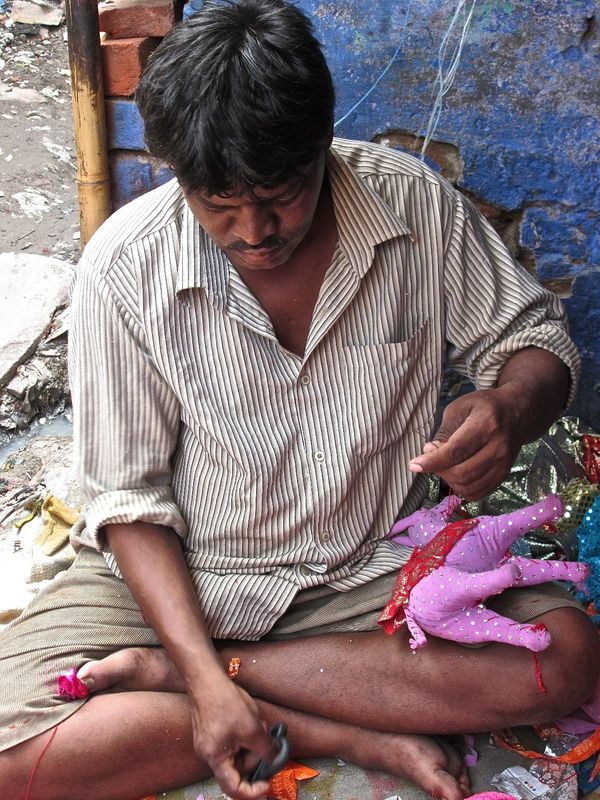 Delhi’s old colony ​of puppeteers ​is in a state of flux​,​ with threat​s​ to ​the ​land, housing and social structures​ 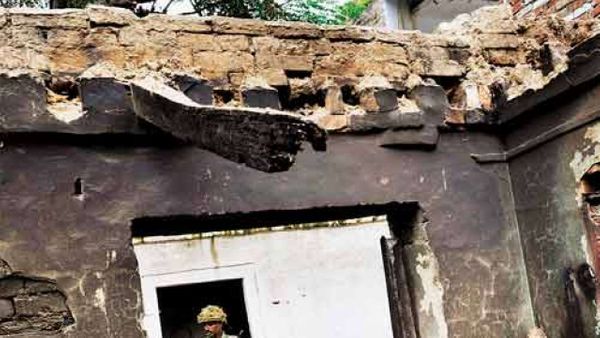