It was an occasion to rejoice once again as members of the Lesbian, Gay, Bisexual and Transgender (LGBT) community and their supporters converged at Jantar Mantar here on Saturday to mark the second anniversary of the 2009 Delhi High Court judgment that struck down Section 377 of the Indian Penal Code and decriminalised sexual acts of adults in private.

Relatively low-key compared with previous gatherings, the tone of the event was still celebratory as people donned colourful clothes, waved confetti and cheered and clapped. Many took to the makeshift stage and spoke stirringly about their experiences.

Advertising executive Anand, who had come to the gathering with friends, said: “The judgment has at least resulted in increased discussion regarding issues of the LGBT community. While some positive changes have taken place since, obviously there is scope for a great deal of improvement in attitudes. The judgment is not a magic wand.”

For Kali, a transvestite who has been regularly participating in the gay pride marches, the gathering was a moment of joy. For some, the gathering provided courage to articulate their sexuality. A 21-year-old boy wearing a colourful mask said: “Till last year, I did not dare attend such events. But now I have more courage and feel happier. I intend to come out to my family soon.”

Also present at the event were the representatives of “Queer Campus,” a Delhi-based independent queer student and youth collective active since 2010. Queer Campus, which also has a Facebook page, screens films along with the Naz Foundation, a non-government organisation that works for sexual health.

While general optimism was palpable among the people, most have an eye on the upcoming Supreme Court hearing on the matter.

Rights activist Gautam Bhan said: “There is a lot of hope that the Supreme Court verdict will be in the right direction.” Speaking about the aim of the parade, he said: “There is a need to rekindle the hope in the possibility of change. Further, we want to highlight that this is very much an issue which matters to people and can still bring them on to the streets. This event is also a way of giving life to the verdict.”

Regarding whether ground realities have changed following the judgment, Mr. Bhan said: “There are definite changes. Our relationship with the police has changed. There was no problem of police protection for this event as they recognise our legitimacy. The change is noticeable across companies and how people are treated with regard to jobs.”

But ground still remains to be covered in terms of removal of discrimination at educational institutions, hospitals, workplaces, police stations and other State-run and private institutions. 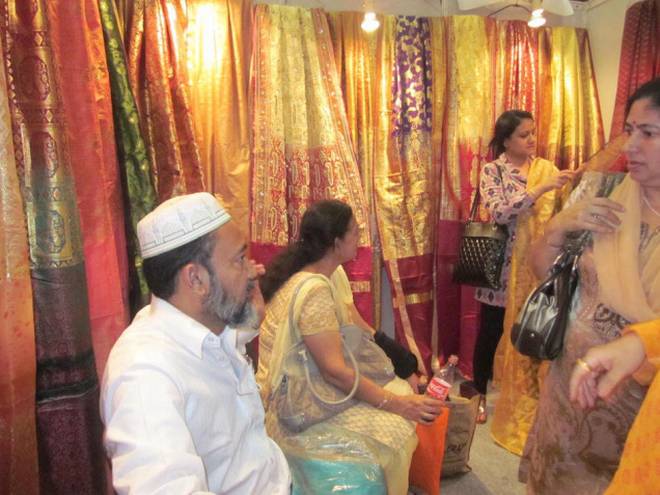 At the India International Trade Fair in Delhi, traders bring with them a riotous mix of colours and fragrances from neighbouring countries.

Published in The Hindu. 24 June 2011 Hoping to cash in on the eagerness of students to get admission in one of the coveted colleges on the North Campus of Delhi University, a strategically placed notice in the Arts Faculty premises states that students