A riot of colours descended on Janpath in the heart of the Capital on Sunday as hundreds of colourfully attired revellers waving brightly shaded flags marched to Jantar Mantar marking the third annual Delhi Queer Pride parade.

A spirit of celebration and ebullience prevailed as the enthusiastic marchers irrespective of sexual orientation triumphantly danced to the intoxicating beat of drums. Barriers of class and caste melted away as strangers matched dance steps united by a pervasive sense of elation. There were very few posters and hoardings that the marchers carried, but these did not appear to be missed as the sheer range of colours representing sexual diversity said it all. Policemen lined the route of the march.

The heartening aspect of the parade was the number of individuals who had come out in support of their family members. “Fathers and mothers, brothers and sisters are all here to extend their support. Compared to last year, fewer people are seen wearing masks. It's a positive sign,” said a marcher who participated in the 2009 parade as well.

But the literal “star of the show” was an elderly grandmother who came out in support bearing a placard stating that she was proud to have a gay grandson. “My children must have the right to lead their lives the way they want. Their happiness is the most important thing which no law should be able to dictate,” she proudly said, addressing the cheering crowds. Many came to the Capital for the specific purpose of participating in the parade. Mumbai-based Alka Sinha said: “I came here just to witness and also take part in the march. There is no need to hide any more and we can walk with our heads held high.”

Twenty-five-year-old Mathew from the United States, who has been working in the Capital since the last two years said: “This march is really symbolic. There used to be a sense of direct and subtle marginalisation which the gay community would experience besides the attempt by society to make us invisible. However, the march has given us the space to be exactly who we are.”

For most, the march was an occasion to celebrate the decriminalisation of sexuality after the Delhi High Court judgment last year. “We are out in the open now as Section 377 of the Indian Penal Code has been struck down by the High Court,” said a 19-year-old lifting her mask, her smile speaking volumes.

Activist Lesley Esteves said: “While decriminalisation is a step in the right direction, there is a need for the government to introduce anti-discrimination legislation to ensure that people are not harassed on the basis of their sexual orientation in public or private spaces. The queer community has to put up with many difficulties including ostracisation by families, violence and police harassment. Many have not been able to come out still. This march is not only to celebrate but also to protest against the indignities that have been meted out to members of the queer community.” “This is the third pride parade and over 3,000 people have come out to march which is more than the expected number. This march is a community movement. Organised by the Delhi Queer Pride Committee, this movement does not consist of organisations. Rather it is an initiative of individuals and the community,” she added. 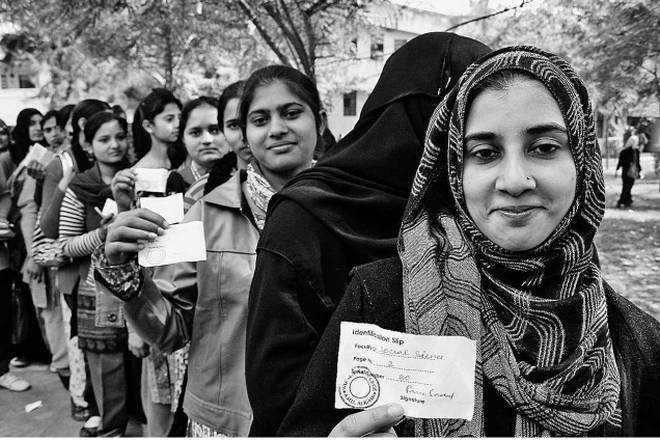 The media needs to examine why the blurring of lines separating journalism, politics and lobbying is a problem