Curriculum and classroom teaching in Delhi University at the post-graduate level does not reflect adequate gender sensitivity, a gender audit conducted by the University's Women's Study and Development Centre has revealed.

As per the post-graduate level gender audit report, though most of the Humanities and Social Sciences disciplines do have gender components in their syllabi, it is inadequate and teacher participation in workshops and seminars on gender issues is “rather low.”

The data for the audit was gathered from December 2008 to February 2009. The audit was performed to “assess how far the policies and practices of the university are conducive to promoting gender equality”.

According to the report, women in the university are not satisfied with university facilities. The most common complaint was about inadequate number of toilets for women which were also badly maintained. Demands for more common rooms for women and greater security in the campus were also cited.

The report recommends introduction of full-fledged degree courses on gender issues, better security for girls on the campus, more and better toilets for women, hostels for girls, compulsory gender courses for students of all disciplines and workshops and seminars on gender issues. The study takes note of Delhi University's Ordinance XV-D as an “important step”. The construction of two hostels for girls by the University, initiation of the construction of a new girls' hostel, establishment of a crèche and the beginning of the process of registration of paying guest accommodation for girls also find mention in the report.

A larger number of female students are enrolled for science, mathematics, commerce, environment biology, humanities and social sciences as per the report which says: “Male students outnumber female students only in law, management and technical courses. It may be that male students prefer joining professional and job-oriented courses after school. The study shows that there are more boys than girls in professional courses.”

About teaching and research output the report states that “most of the respondents felt that there is no significant difference between male and female teachers. However, some said that men are able to get research fellowships and grants more easily than women.” Female students and teachers also indicated that they were comfortable with male teachers/colleagues.

The media needs to examine why the blurring of lines separating journalism, politics and lobbying is a problem 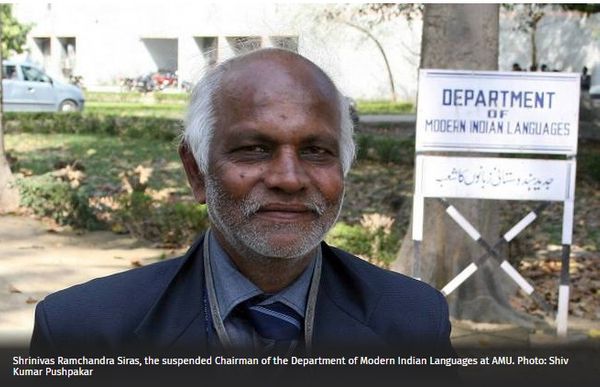 A university professor is punished for homosexuality