The United Nations recently announced the launch of its formal development paradigm, the Sustainable Development Goals (SDGs) encompassing 17 goals and 169 targets. The SDGs define the path of development that nations are to adopt in the next 15 years.

The goals appear to be extensive by appearing to take into account various kinds of inequalities, with a separate goal (Goal 10) dedicated to reducing inequality within and among countries. Yet the SDGs have failed to account for inequality based on caste – a form of discrimination which affects more than 260 million people globally, according to the US- based Human Rights Watch.

Though seen predominantly in India, where the Dalit population is 16.6 per cent, caste discrimination occurs in other South Asian countries. For instance, against India-origin Tamil minorities who work on plantations in Sri Lanka, in Nepal where estimates of Dalit population vary from the 13 per cent to 20 per cent and in Bangladesh where Dalit issues found a mention in election manifestoes in 2008. As per the National Campaign on Dalit Human Rights (NCDHR) analogous forms of discrimination are witnessed in countries such as Burkina Faso, Japan, Kenya, Mauritiana, Nigeria, Rwanda, Senegal and Somalia.

To protest the injustice of caste exclusion from the SDGs, Dalit groups organized a rally of protest in New York on September 26, as the UN Sustainable Development Summit 2015 was in session.

Paul Divakar of the NCDHR said at the rally: “The issue of caste is well recognised among UN human rights missions. It is well-researched especially in countries such as Indian and Pakistan. The UN itself recognizes discrimination based on work and descent. Why then have Dalits been excluded from the SDGs which aims to ‘leave no one behind’? The issues of Dalits have to be recognized the way issues of race, gender and ethnicity have gained recognition.”

Ruth Manorama, a Dalit activist and winner of the 2006 Alternative Nobel Prize, notes: “For Dalit women, exclusion is felt in many more ways, especially those who are devdasis, in bonded labour and manual scavenging. This was recognized by CEDAW (Convention on the Elimination of all Forms of Discrimination Against Women).”

The struggle to place caste on the international global agenda has been a protracted one. Activists are advised by the Indian government and missions abroad, to ‘not wash dirty linen in public’, or ‘shame the nation’.

Even as Dalit groups fought for the inclusion of caste on the agenda of the World Conference on Racism in 2001 at Durban, the Indian government fended off such efforts by stating that caste is not race, caste is an internal affair, and that the conference should not lose sight of the focus on racism.

Writing about the politics of representation in the Durban conference in Seminar magazine, Gopal Guru notes: “The Indian state by and large has shown only a formal and rhetorical commitment to equality as far as Dalits are concerned…it showed extraordinary brazenness in asserting that there was no caste discrimination (juridically if not in practice) in India… The Indian government did not want to publicly blame or shame the Hindu community whose belligerent members are primarily responsible for the perpetuation of…caste atrocities against the Dalits. Second, it perhaps was worried about losing some material benefits from the international agencies who may haul the Indian state over the coals for its malignant social face.”

Meanwhile domestically, the Dalit movement is witnessing additional challenges through a right wing turn in its political leadership. A Dalit studies scholar who did not wish to be named, said: “The philosophical creed of Ambedkar, Phule and Shahu Maharaj has lost its control on the sensibilities of the Dalit leadership, which is why a right wing turn is being witnessed. International paradigms cannot help eliminate caste; structural changes are needed.”

The UK Government’s Equality and Human Rights Commission said in a 2014 research report that caste discrimination exists in the UK, whether as bullying in schools, ostracism following inter-caste marriage, in worship, employment and business, and in the rental market. The report additionally said: “Dalit groups emphasised the pervasiveness of unequal treatment, harassment, verbal abuse or discrimination in the UK”. Section 9 of Britain’s Equality Act 2010 requires the government to introduce secondary legislation to make caste an aspect of race, thereby making caste discrimination a form of race discrimination. Caste discrimination is common in Canada as well.

“Wherever Indians have gone and settled in large numbers, caste has followed,” says US-based Raju Kamble of the Ambedkar International Mission, an organization of Ambedkar supporters residing in the US, UK, and Canada.

“Where strong anti-discrimination laws exist, outright discrimination is less common. But the mindset is on display in marriage practices, social relationships and in anti-reservation views,” he added. 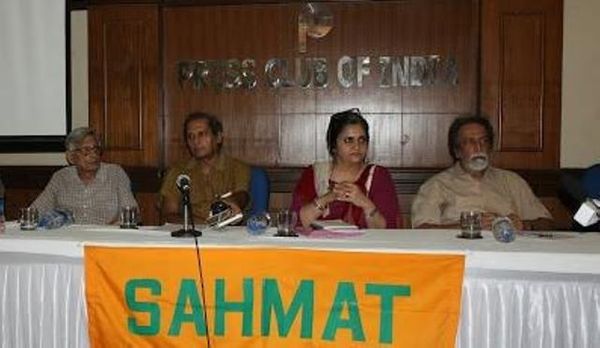 The collective assault on and silencing of rational voices