A collective assault on reason – that is how a gathering of academics and activists this weekend described the ongoing attack on individuals, institutions, history, ideas and education that has been gathering pace across the country “ever since the RSS-dominated BJP government” came to power at the Centre.

Organised here by Sahmat on Saturday, the immediate context for the meeting was the killing of the Karnataka scholar M M Kalburgi – the third in a series of assassinations targeting individuals known for their opposition to orthodoxy and communalism. The first two victims were the well-known Maharashtra rationalists Govind Pansare and Narendra Dabholkar.

Supreme Court lawyer Anil Nauriya noted that the police had said that there was nothing common in the three murders, barring the ‘morning walker’ aspect – referring to the fact that all were killed in the morning. “There was far more in common – they were rationalists and running campaigns on social justice and equity.” Nauriya also linked the murders of Pansare and Dhabolkar with their association to the Rashtra Seva Dal, an organization founded to combat communal organizations.

“Pansare and Dhabolkar were close associates. Soon after Dhabolkar’s assassination, Pansare received messages that he would be next.”

If the law enforcement machinery says it knows how to get to the bottom of every crime, why has it not solved the triple killings, asked activist Teesta Setalvad, also referring to threats on social media to Mysore professor KS Bhagwan.

The attack on individuals and ideas was being felt in the field of education too. Tracing attempts to bring about a ‘value-based education policy’ by the NDA government since its first stint in 1999, Setalvad said: “The RSS, which represents an unconstitutional ideology, is governing both government and educational policy.”

She referred to the need for an audit of the textbooks by Dinanath Batra of the Shiksha Bachao Andolan being taught in 40,000 schools in Gujarat – books with distorted content – and the urgency of revisiting the 2004 committee, which recommended the formation of an all-India textbook board to examine books in state and private schools, and schools run by religio-social political organisations.

Referring to the renaming of Delhi’s Aurangzeb Road, and also to the appropriation of Maratha warrior Shivaji by the right-wing, Setalvad said: “Pansare’s book Shivaji Kon Hota has letters from Shivaji to Aurangzeb which shows that Shivaji’s battle with Aurangzeb was not religious.”

Academic Prabhat Patnaik, noting the destruction of institutions, said: “Second rate mediocre people are being placed in charge of institutions, destroying any possibility of rational discourse.” In recent times, heads appointed to the the Indian Council of Historical Research (ICHR) and Film and Television Institute of India (FTII), are known to be close to the government, and have been accused of saffronising these institutes. Warning of the approaching ‘fascification of state’, Patnaik said: “A part of the process towards fascism of the state is the destruction of reason. A symptom of this destruction has been the obliteration of the distinction between history and mythology.” This process ran contrary to both the social emancipation movement of Ambedkar and others and anti-colonial struggles, Patnaik said.

Historian Irfan Habib saw a historical parallel in the “replacement of history by mythology” that he said was currently underway in India. “Textbooks from the NDA regime portray Gandhi and Nehru as if they had nothing to contribute to the national movement, only Hindu rashtra people like Savarkar and others made worthwhile sacrifices. Nehru is censored and Gandhi’s murder is given a skip in these books. This is inventing of facts and history just like in Nazi Germany which tried to portray Germans as governing the world.”

Noting prior efforts to rename Lucknow to ‘Lakshmanpuri’ and also attempts to rename Allahabad, Habib said any drive to rename places would result in continued communalisation.

“The renaming of the Aurangzeb Road is an ominous augury for a campaign to change names on communal grounds,” a statement released by Sahmat said. 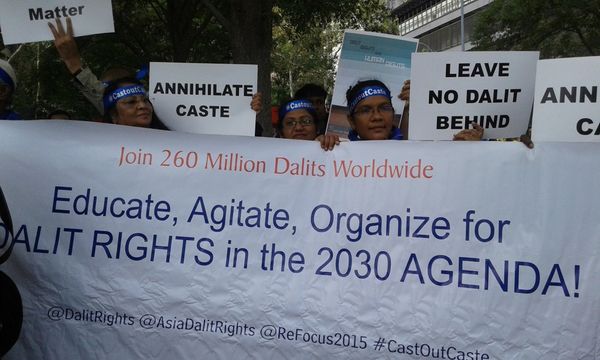 The Sustainable Development Goals adopted by the international community promise to ‘leave no one behind’ but by omitting any mention of caste, they have cast aside the dalits 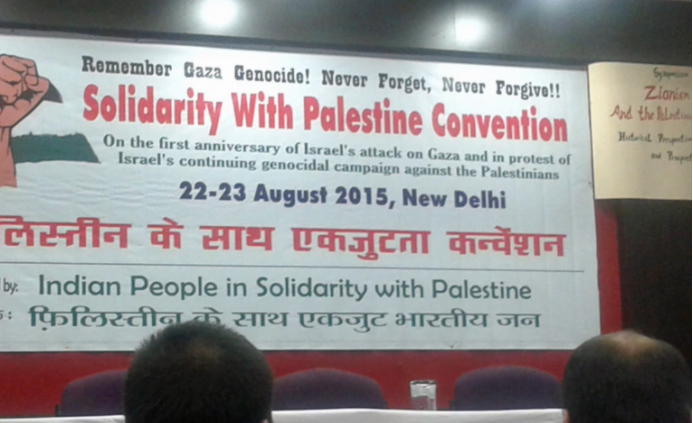